Home / What Will the Future of Car Transport Look Like? 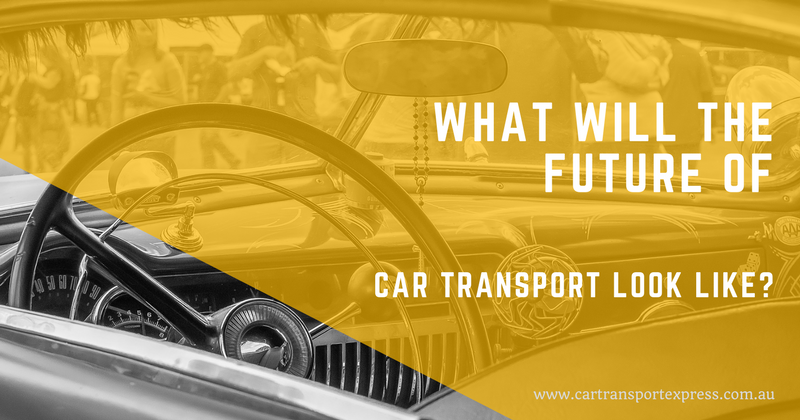 With the pace of technological change being so fast, what future should we expect regarding cars delivery in Australia?

One of the main reasons why the industry of cars delivery is booming is because the people prefer to ship their car, especially when moving to a new location. When travelling across vast distances, most Australians want to make sure their vehicles and their belongings are secure and safe when moving to a new location. It eliminates the hassle of addressing issues like running out of gas, road accident, and car engine trouble because their vehicles are being transported and handled by a professional car transport service.

And now, it seems that cars delivery in Australia is going to get better since we’re now looking forward to the release of state-of-the-art innovation technologies that will shape the car transport industry. Let us check this out and see how these future cars will affect and change the car transport industry for the betterment of Australian people.

Two years from now, the car business projected that around 10 million driverless cars will hit the road as the massive production of smart cars continues. Auto-car giants like BMW, Mercedes and Tesla already released car models with self-driving features thanks to Artificial Intelligence (AI) and the application of complex machine learning and sensors. Moreover, the giant tech company, Google, also launched its car project entitled Waymo.

Waymo is a self-driving car equipped with 300 years of efficient driving experiences! It enables you to use your time to more important things as the car itself drives. Thus, it helps lower our stress and eliminate human error that is often the cause of road accidents. The Giant ride-sharing company, Uber,  is also investing around $300 million in order to produce their own driverless car to keep up with the game. Meanwhile, the United Kingdom is currently in its final phase of testing their autonomous shuttle pods, known as the GATEway project, to hit around the Greenwich peninsula. If deemed successful, they will start the mass production while its legislative body imposes a three-year review to make reforms on its current driving and road laws to accommodate the issues that will arise with piloting driverless cars. The UK is hopeful that these autonomous cars will start hitting the UK roads by 2021.

The Production of Autonomous Trucks Will Also Increase

Although autonomous trucks aren’t exactly like driverless cars, there’s a reason why an astounding 8.1 million people in Australia is engaging in the trucking industry and is patronising the autonomous trucks. It’s because these vehicles are also equipped with auto-configuration features for the truck to withstand driving in rough roads, maintaining a constant speed, and maintaining a safe distance to avoid collision from other vehicles. Most of the trucking industry in Australia already started their mass production of autonomous trucks which can be controlled by a remote driver They want to determine whether the autonomous truck can drive efficiently without human interaction.

Do you think these future cars will help improve the sector of cars delivery in Australia?